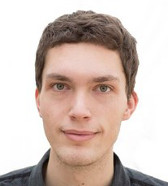 Petr comes originally from the Czech Republic, where he gained a Master’s degree at Brno University of Technology, Faculty of Chemistry in 2014. His major field is chemistry of materials with focus on polymers and composites. While studying, he was investigating plasma polymerisation techniques for use on fibres but later joined prof. Josef Jancar’s Advanced Polymers and Composites Group. He started his PhD in the field of nanocomposites at Central European Institute of Technology (CEITEC) in Brno, Czech Republic in 2014. He became a trainee in Natural Materials Group at the University of Sheffield in January 2016.

Petr’s current research topic aims on the nanoparticle ordering phenomena and structure-property relationships in polymer nanocomposites. His intention is to collect novel data in the field of polymer rheology and investigate nanoparticle ordering in polymer solution to simulate the solution blending preparation of nanocomposites during his placement in Natural Materials Group.

Besides science, he is keen on outdoor sports, travelling and exploring foreign cultures.